Insurance is taken for pets to cut down on the veterinary costs, especially in case of an accident or when the pet is ill.

Other than this, insurance is also available to pay incase the animal is stolen, lost or dead. Insurance is a must, especially in a situation where the condition is serious and the money is less. Such unexpected conditions are known as economic euthanasia. Veterinary expenditure is extremely huge and the bill is really big which might not be easy to pay.

Since pets are being adopted on a large scale and the cost of veterinary medicine are increasing by the day, more and more pet owners are now opting for pet insurance. There are insurances with different policies and schemes. Some of them pay the complete amount, while the others pay a partial amount. In the United Kingdom, majority of the pet insurance pay the complete amount and in United States, pet insurances pay only eighty percent of the fees. In case of an injury or illness, apart from taking care of vet fees, other expenses such as prescription medicines, surgery, and lab tests are also dealt with.

Usually, the pet owners pay the vets their fees and then send a claim form to the insurance company, who then sends back the reimbursed amount. But if the bill is very big, some vets also give the leniency of paying the fees after the money has been claimed from the insurance company. Some insurance companies have policies wherein the vet is paid directly, if it is according to the vet agreement. Such types of pet insurance are known as Direct Line Pet Insurance.

Most of the pet insurances do not pay for preventative veterinary care and elective veterinary care, for example vaccination, neutering and declawing. They pay for unseen costs and these costs are already known in advance. But now some insurance policies are reimbursing for routine care treatments such as annual teeth cleaning. Insurance cannot be also bought for an already existing medical condition. If the pet is already sick, the insurance policy will certainly not cover it. So the best time to buy a pet insurance for the animal is when it is young and free of any kind of illness.

Other than health issues, pet insurances exists which give money for boarding cost. In case, if the animal is lost, the insurance company pays for finding the animal as well as it pays for the reward after the pet has been found. Some insurance policies even pay money if the owner has cancelled a trip because of the pet’s ill health or if the pet has died.

Third party liability insurance is also available. Suppose if the pet is the reason of a car accident, in which one car damages other car, insurance companies do pay for the repair of the damage car. Global Pet Insurance is tailored pet insurance plan, where the pet owner can select desirable plans.

Every insurance company has a different plan. Before deciding over a particular insurance policy, all the other available policies in the market should be studied carefully. Some policies give a list of selected vets, while others give the freedom of choosing any vet from the trade. Pet insurance can be bought for dogs, cats, birds, apes and many other exotic animals.

Setting Up A Terrarium for Your Reptile

Caring For Your Older Dog 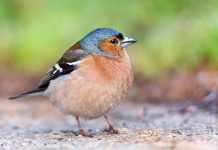 The Basics of Bird Anatomy 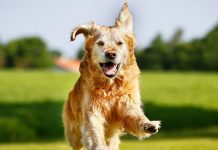 Glucosamine in a Dog’s Diet