Basically, any reptile that is caught in the wild is discouraged for use as a pet. It is cruel for a reptile to be removed from its natural environment, for it to be thrust into captivity against its will, just so someone can say they own it as a pet. If you must have a reptile for a pet, buy one that was raised or born in captivity.

Compared to lizards and turtles/tortoises, snakes tend to be easier pets for kids to raise. Just make sure your child is old enough to be properly educated in the handling of the reptile for the child’s safety and the reptile’s safety as well. Because reptiles carry salmonella, it is essential that any person who handles the creature either wear gloves or wash their hands immediately after putting the reptile back into its housing.

But there are some lizards, turtles/tortoises, and snakes that are truly not suitable for pets. Although it is possible to keep them in captivity, it is better for the reptile to respect that it is meant to be kept in the wild.

Burmese pythons can certainly become tame enough to make good pets; however, the cute little baby will grow into a very huge adult. The size alone, once it is grown, will make it less suitable to keep as a pet. The African Rock Python and the Reticulated Python have been known to be kept as pets, but their temperament makes it more of a challenge. Just because they are so cute as babies, it doesn’t mean they will still be appealing as adults. The price should not be your only decision in owning one of these reptiles. Pet shops will often sell low cost animals that often turn into high cost maintenance, which certainly enhances the chance of return business. But it is really unfair to the unsuspecting consumer.

Imported reptiles such as the pythons are often sold with problems that occurred before or during transport. The prospective owner must be well-educated to be able to spot any deficiencies in the animal prior to purchase. Mites, ticks, dehydration and emaciation are some of the possible problems.

Green anoles are sold at a low cost, but their set up can be expensive. Anoles tend to be caught wild which means parasite infestation is more likely; and they don’t like to be handled.

Wild-caught ball pythons are known to have heavy parasite infestation and are picky eaters. Their stress during shipping causes trauma, which affects their temperament, appetite, and overall health. Captive hatched or farm raised are still imported and still suffer from shipping distress.

Wild-caught chameleons suffer stress, parasite, and crowding from being imported as well. They are an antisocial creature even without the added negative aspects caused by shipping, so a beginning reptile owner would find this animal a disappointing challenge. They don’t react well to everyday household noises like children, other animals, vacuum cleaners, loud radios, and so on. It’s not a guarantee that they’ll be happy when housed with other chameleons either because they aren’t even sociable with their own kind.

Other reptiles which do not make good pets, especially for a beginner, are Tokay geckos, caymans, and alligators. They are quick, aggressive, and very strong animals. Make sure you know what you’re getting before you invest your hard-earned money into the cute little pet shop reptile! 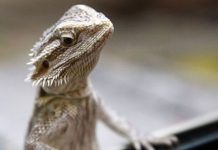 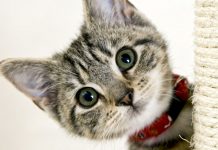 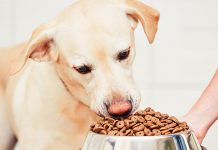 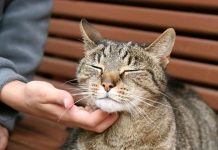 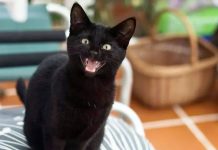 Household Poisons to your Cat